Evolving Technologies: From Still-Dont-KNow to Software-Defined Networking and CCIE Exams 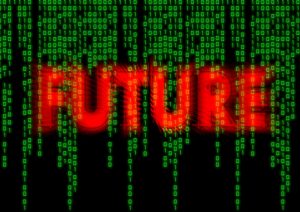 I recall in the early days of SDN dating back to 2009, within the “boxed” networking circles (if you know what I mean..), SDN used to be jokingly termed as “Still-Don’t-KNow”! However, a few years later, SDN (much like OpenStack) passed the threshold and the point of no return. It perhaps represents the fact that networking didn’t catch up to compute (i.e. hypervisors) and storage (i.e. vSANs, Ceph etc.) over the decades and eventually was waiting to be disrupted culminating at Stanford Univ. lab in the form of OpenFlow, SDN Controller by then doctorate students. In the past, tight coupling of Network OS and the underlying hardware (e.g. IOS-XR and CRS-1/ASR9000 OR NX-OS and Nexus 7K) put a lid on any networking innovation from anyone whatsoever except the vendor itself. Customers found themselves totally locked into the vendor software product cycles obliging them to pay the premium $.

SDN is NOT about the separation of control or data planes within routers and switches, which by the way, already existed in Cisco IOS-XE and XR way before 2009. It is about simplifying the overall topology where you can converge the brains of the given topology in a single entity called “Controller” along with a clear set of abstraction on both south and north side of controller in the form of open APIs. In essence, resulting new architecture, removes the chokehold on networking innovation which was primarily driven before that in the form of 6,000 RFCs and a massive protocol soup that they created led primarily by the “boxed” networking vendors (Cisco, Juniper, Ericsson, Alca-Lu-Nokia and Huawei). There are two major implementations of SDN controller that are out there, namely OpenDayLight (ODL) and ONOS. Former is much older and mature whereas ONOS is somewhat newer but supposed to be geared for SPs hence with better scaling and HA.

Addition of “Evolving Technologies” is truly a breath of fresh air and an awesome job by Cisco certification team to keep CCIE certification and relevant and at the cutting edge. It is currently about 10% of every CCIE written exam track, which works out to be about 10 questions that you can possibly expect in your exam!